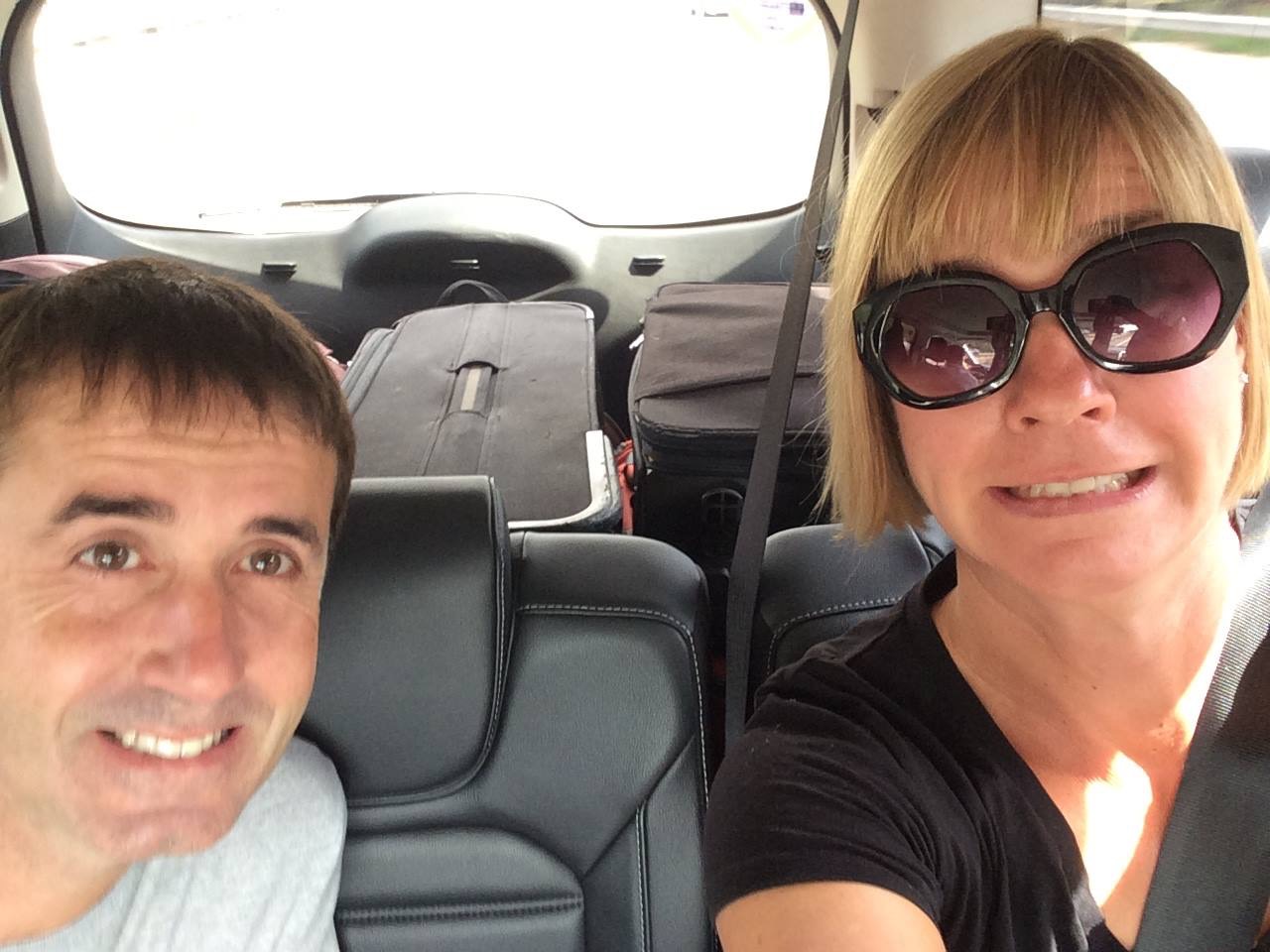 Today marks one year since we stuffed 4 suitcases into a cab and made our way to Heathrow to fly to Bangkok.  It seems impossibly that a year has passed so quickly, but here we are.  The photo above was us as we pulled out of our street in Kilburn.

We arrived back in Yangon yesterday morning after yet ANOTHER airport kerfluffle which I will do a whole separate post on because I am not over the trauma yet.  It really felt like we were coming home, which was something that we questioned quite a lot when we left in June.  Were we leaving home?  GOING home?  Both?  I think the answer is both-we know that we will return to London when we are done with our careers, so that will always be our home, but Yangon is our home for now.  Of course it helped tremendously that Nell was waiting for us in our house and we were so looking forward to seeing her.  She was suitable excited to see us, and she’s not even giving us the cold shoulder for leaving her for 7 weeks!  It probably helps that our housekeeper stays here in the house with here when we are away and Nell loves her and her family.

It was really nice to return to Yangon, even though it is smack in the middle of the rainy season.  The temperature is not too bad (even though it is humid) and everything is familiar.  I went for a run this morning and it wasn’t even that gross-a benefit of running for a few weeks in Colorado at altitude, it feels easy!  Gav and I have been talking a lot about the last year and how we are glad Year One is behind us and we know a lot more about what to expect this year.  We spent so much time before we arrived worrying incessantly about getting Nell here, would the trip traumatise her, would she get let in at customs, would she adjust to the change.  We probably should have spent a little more time worrying about more practical things like what our jobs would entail, but oh well!

Our first year was great, and that’s making us look forward to the coming years.  However as with anything there were some not so great moments as well.  My own personal nadir came a few weeks after we arrived.  I had had a kind of annoying day at work-I think this was when I discovered that my assistants’ way of coming up with overdue lists was to randomly type kids names into the library database and see if they had any overdue books and if they did, my assistants would come complain to me about the kid.  We have since gone over the delight of running an automatic overdue list on our cataloguing system!  Anyway, it was dinner time and I had gone to the supermarket and gotten a fish to cook.  Our shipment hadn’t arrived yet so I had to use the small frying pan that school lent us, only it wasn’t big enough for the fish I bought so the head and tail were hanging out of the pan.  The power in the house kept tripping the circuit breaker in the garage because one of the air conditioners was kind of dodgy, so Gav had to run to flip it back about once every two minutes.  Also it is possible that it was earlier that morning when I went to take a shower and mud came out of the shower head rather than water as we had tried to fill up our water tank and didn’t give it time to settle.  I was seriously questioning my life choices as I cried over that frying pan.  Gav decided that it might not be the time to show me the thank-you card that he had just gotten from the head of school lavishing praise.  He was correct.

Anyway, things never got worse than that so we consider ourselves super lucky to be in a place we are enjoying so much.  Gavin starts work again tomorrow, so we will officially be on to Year Two!

One thought on “One Year”