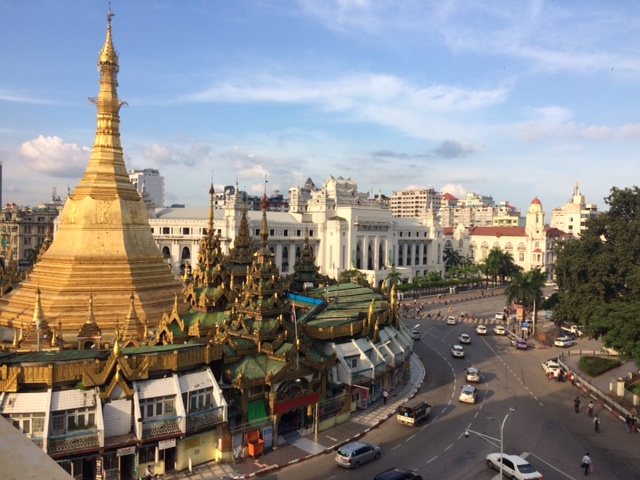 It has been pretty rainy since we arrived back in Yangon.  Much rainier than we remember it being last year.  A few times now I have had to wade through water that has overrun the road on my walk home from school. We get these unbelievably torrential downpours that completely overpower any drainage systems so even when the rain stops we are left with parts of the road flooded.  Cars just drive right through (slowly) even though the water is sometimes up to the doors, and pedestrians just have to do their best not to accidentally fall in the ditch while sloshing along. 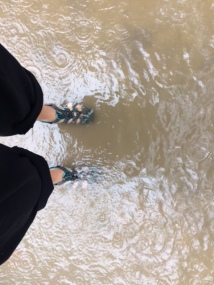 This was actually quite a tame part of the road!  A few minutes before this the water was up to my knees.

These downpours often occur at the most inopportune moments.  Like at 2:30 when school gets out at 2:45, or 5 minutes before any time I want to catch a taxi to go do something fun.  As soon as it starts raining, getting a cab becomes nearly impossible and traffic gets even worse than it is normally.  Which is why it was so exciting to have a day yesterday with no rain at all!

We decided to take advantage of the break in the weather to head downtown to a few buildings that were having special open days.  Yangon is said to be the last major city in SE Asia to retain its original colonial downtown.  There just hasn’t been money invested to really modernise the city, which is wonderful.  However, there hasn’t been money to preserve anything either, so the city is crammed with gorgeous old interesting buildings that are overrun with mold and have been hacked into small apartments. 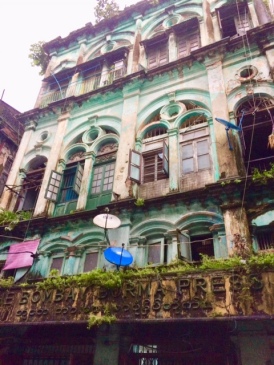 The sign on that building says The Bombay Burma Press.  I’m happy the sign has survived, but the state of the rest of the building is sad.

We like to walk around and play “what would we do with that building if we bought it?”.  Foreigners cannot own property in Myanmar, so this is an entirely theoretical exercise.   A few of these grand buildings have been purchased and renovated into high-end flats, but rental prices are insane in Yangon.  So most people who can afford the $3-4,000 a month to rent one of those one bedroom renovated flats choose to live out where we do where that money can get you a house with a little outside space.  I imagine it’s not the most lucrative investment to buy one of these buildings and lovingly restore it.

Luckily there are a few social enterprises in Yangon that are buying up some of these buildings and restoring them using traditional materials and techniques.  A few of these projects are focused on important historical places and two of them were open to the public this weekend. 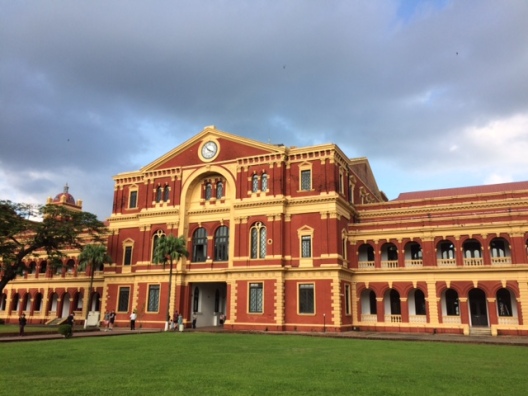 This building is The Secretariat, a U shaped building that was the administrative seat of British Burma and after independence held different governmental offices.  Gradually these offices moved to other places in downtown Yangon and then in 2005 when the capital moved to Nay Pyi Taw it was totally abandoned.  It has always been an important building to the Myanmar people because that’s where Bogyoke Aung San and six other cabinet ministers who led the independence movement were assassinated in 1947.

Over the past few years, extensive work has been done to restore the building and turn it into a usable space.  There are plans for parts of the building to be shops, bars and restaurants, plus some museum space.  The wing that is finished had a little photography exhibit of old photos of Yangon which were fascinating, but even better is seeing how the building is being refurbished.  It looks fantastic and will be an amazing space if the plans are followed through.

From there we walked a little west and towards a major sight downtown, the Sule Pagoda.  The downtown was planned by the British, so is on a neat grid system with the exception of around the Pagoda, where they had to make essentially a giant roundabout.  Clustered around the pagoda are the old town hall (now a bank), an old department store (also a bank), a park and a building known as the Old Burma Tourist building.  This has just been empty for a long time, which was a shame as it is a beautiful building with amazing views and a lot of potential.  A company has been working with the government to restore it and they opened this weekend for a little craft fair and pop up restaurant.  I don’t know what future plans are for the space, but the space inside and the roof terrace with its views of the pagoda are amazing.  They even managed to preserve some original advertisements that had been painted on the walls on the ground floor. 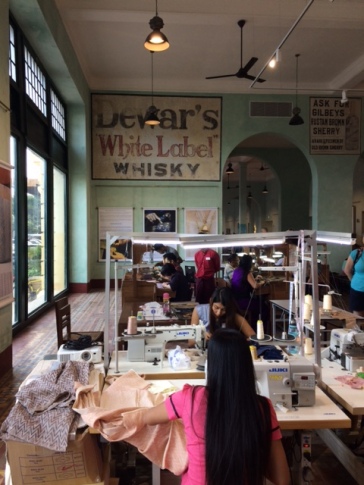 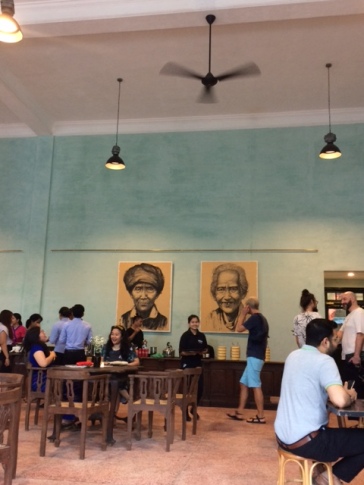 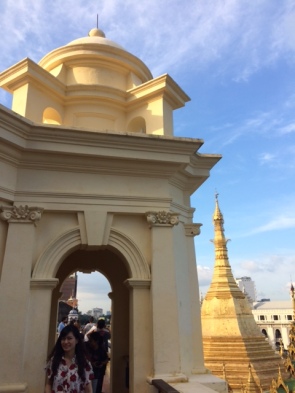 We really hope that this kind of restoration catches on and more buildings can be restored to their former glory.  We also desperately hope that roof terrace someday becomes a bar, because those views are outstanding! 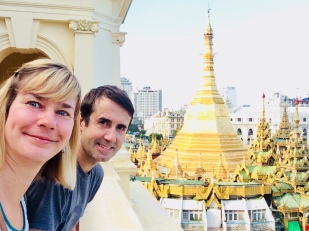 Come on, who wouldn’t want these two jokers as your best customers? 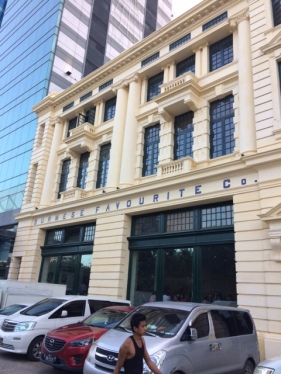