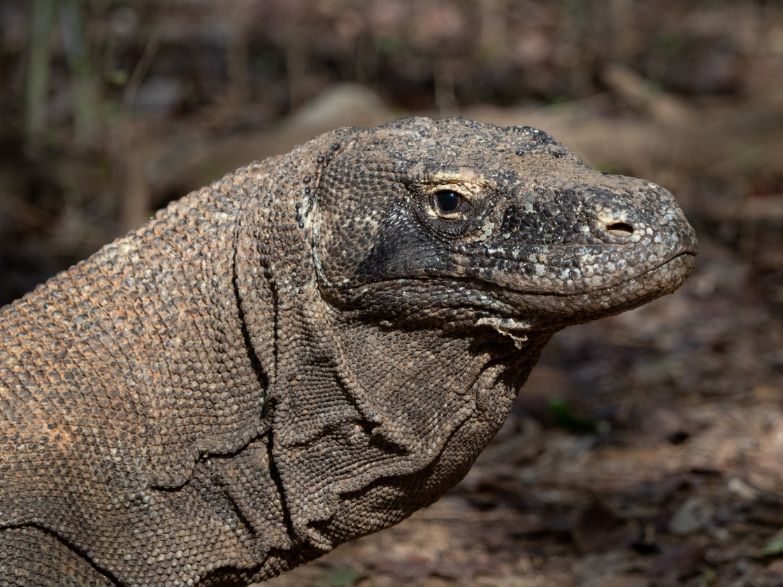 Is the world finally getting back to ‘normal’? I guess not if you live in China and especially if you’re an expat there. Lindsey looks everyday at the major recruitment site for international teachers and has to scroll for miles through the Chinese jobs before she gets to other countries. It’s not back to normal for Russians and Ukrainians and not for the people here either. One personal ray or normal for us was the opportunity to go on an actual holiday during our October break.

Lindsey came up with the ingenious idea of going to a resort near the island of Komodo. Before Covid we had a diving trip booked on a live-a-board boat which would visit dive sites near Komodo and offer you a one time trip to visit the island and look for Komodo dragons. That got cancelled which put that whole idea on hold. I visited Indonesia before I met Lindsey and also considered going to Komodo but it was just too hard at the time to get there. Third time lucky. A dive resort was actually a much better idea than a live-a-board because the diving from land is always less frenetic than on a boat and would give us the opportunity to go more than once to Komodo Island if we didn’t see any dragons the first time.

We left on the Saturday morning for quite an epic trip. Going to Komodo is not for the faint hearted. Even if you live close it’s quite a trip. Firstly, we flew to Kuala Lumpur (around 3 hours) with a layover before flying on to Bali in Indonesia which was another 3 hour flight. By this time it was late enough that we had to stay overnight near the airport. We did manage to get out and have dinner in a nearby restaurant which was nice though. On Sunday we then took another flight with a local airline to an island called Labuan Bajo which was another hour or so. Once there we checked in with the resort office and waited a few more hours before the shuttle boat took us to the Island of Sebayur Besar which was about another 1.5 hours. This island is not the island of Komodo where the dragons are but a base from where we can go diving and go to the actual island of Komodo which was about another hour on a speed boat.

What followed was very relaxing and felt luxurious. We had our own little hut right on the ocean and every day we either went diving or went to the see the dragons. Our first trip to try for the dragons was on the Tuesday. We took some advice from another tourist, Stefan, at the resort who had gone earlier in the week and arranged a private boat and guide. Stefan joined us sharing the cost and this turned out to be excellent advice. Arriving early meant we avoided the hordes of other tourists who came a bit later. It was a bit of a mess when we arrived as you basically have to tip/bribe a guide to take you on a longer trip. We wouldn’t have really minded this had we been forewarned but it all felt a bit awkward at the beginning. Eventually we got going and miraculously after about 5 minutes we saw our first Komodo Dragon and boy did he not disappoint! The Water Monitor Lizards that we saw in Lumphini park in Bangkok I thought were huge at the time – probably at least 3 ft. This guy was closer to 8ft! That’s about how big the males get although there have been some recorded even bigger than that. The really cool thing about them is that they are not really dangerous to people so you can get really close to them. The guide has a long stick with a fork shaped at the end of it which doesn’t really seem like it would be of much use if the Komodo Dragon took offence at you but it seemed to give everyone confidence that we weren’t about to be eaten. The Komodo Dragon was moving along the path and the guide took Lindsey’s camera and propped it up using some sticks and then pressed record. The first time he did this he accidentally used the slow motion setting which actually made for a fantastic video (I speeded up the beginning part). Note the video bomb by a fly. It really reminds me of a Godzilla movie!

We then went traipsing around the light jungle area trying to find more. For a long time we didn’t see any but we did see quite a few birds most of which were new for me. The same evolutionary process that isolated the dragons also created a number of endemic bird species to that area and they weren’t too hard to spot. Among them were some great names that I’d never heard of before. Examples include the White-shouldered Triller, Rusty-breasted Whistler, Wallacean Drongo and my personal favourite – The Helmeted Friarbird! I also saw my first ever wild cockatoo.

As we were coming to the end of the walk the guide noticed that high up on a small hill there was another giant Komodo Dragon. We had to climb up the hill which was maybe forty feet. The top area was not very big – maybe 12 feet wide by 30 feet. At first the dragon was just lying there but then it slowly got up and started moving towards us. The guide pointed his trusty stick at the dragon and just when I thought we were about to get eaten it slumped to the ground and closed its eyes in quite a sweet fashion. It was not in the least bit concerned by us.

The diving in general was great although there were two particularly good dives. The first was a site called Turtle City and it turned out to be aptly named. There were turtles everywhere. Some were sleeping on corals others just swimming about. One had a shell that was at least 3ft long I would say which was probably the biggest turtle we’ve ever seen. The other dive site was called Manta Point and as it was apparently manta season, we also got to see loads of manta rays. This site is a large area where mantas come to get cleaned by smaller fish. The coral, however is all broken which means that there isn’t much to hold onto. Typically, when you see manta rays, you hook on to a rock so you don’t have to swim against the current. Then you and the manta hang out. As there wasn’t too much to hook into, the first time we were hooked into one rock and then all three of us were holding the rope in quite an awkward fashion. I was closest to the rock and hook so had the best view of this one manta that we had a great interaction with. It started out ahead of us maybe 20 feet away. Then it slowly backed up and passed in front of us. When it did this I would say its tail was less than a foot away from my face. I actually wondered whether there was any sting in a mantas tail – it turns out there isn’t. Then it stopped about another 20 feet away from us to our left but parallel to our position. Mantas can be quite curious creatures. Slowly but surely it started to move closer to us and eventually was so close I thought it was going to brush my cheek with one of it’s ‘wings’. It didn’t but it was only a few inches away. After that it slowly moved away. Overall a fantastic experience.

More of the same for the rest of the week followed by our epic return journey this time via Bangkok. Note to self – try to avoid Air Asia flights of more than 3 hours!

One thought on “Mantas and ‘Modos”