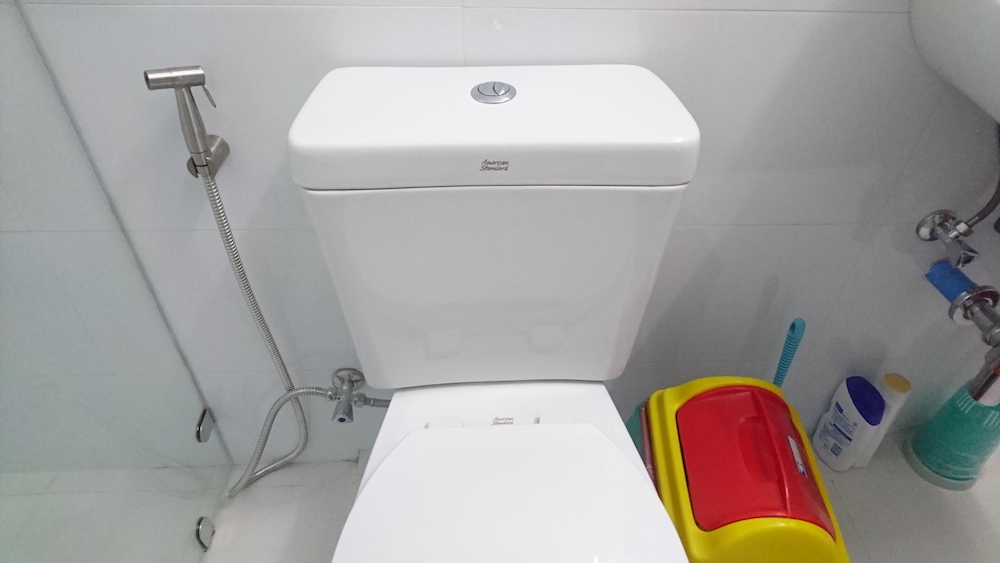 This post is going to descend to a pretty murky level quite quickly so I thought I’d start off fairly high brow.  In Salman Rushdie’s novel, ‘Midnight’s Children’, there is a character called William Methwold who owns a house in what was then called Bombay.  He sells the house to an Indian family but stipulates that the new people must live exactly as the English did before them up until the day of independence.  Amusingly, this includes having cocktails in the afternoon.  When they move in they are astonished to discover that it really is true that the English only use paper in the toilet and not water to clean themselves.

In Myanmar, you cannot put anything including toilet paper in the toilet bowl.  This is pretty universal as far as we have seen in Yangon but I’m not sure what people do in the top hotels.  In the same vein of ‘you can get used to anything’ and ‘this is the new normal’, we have taken to this pretty quickly.  Once you establish your technique, it’s really not a problem.  If you think about it, it must make treating sewage a lot easier.  It also makes you more economical in your paper use so in the main I would say overall it’s probably a good thing for the environment.

You can see from the photo that in our bathrooms (we have 4 of them by the way including one in the kitchen) that each toilet has a spray hose next to it.  These are fairly common in many parts of the world and we have seen them before many times.  I have always beheld these hoses with a mixture of suspicion, apprehension and not a little dread.  Growing up we always had a bidet in at least one bathroom in our house but I certainly never used one.

Since we have arrived both Lindsey and I have gone through a period of adjustment where our stomachs have had to get used to the new kind of food.  This has led to around 4 days during which, we haven’t wanted to be far away from a toilet.  Having to spend that much time on the loo, I thought I might as well experiment with the hose.  Being able to do so in the privacy of your own bathroom is exactly the best time to try.  Actually, I find them to be somewhat of a revelation.  They are a technological leap from the bidet.  Your paper usage drops dramatically, it’s definitely the best option for the environment and you actually feel cleaner if anything.

Coming back to my comment in my last post about one slightly unpleasant aspect of our trip to the Shwedagon.  I was at the tail-end of those 4 days myself at the time and unsurprisingly found myself in need of the toilet.  Public toilets in Myanmar are usually squat toilets and indeed here was no exception. (I thought about taking a photo for this post but decided to spare you).  At this toilet there was no paper at all but only the hose.  Having fortunately gone through this learning process the whole experience was totally fine.  I feel this may well be handy for my upcoming trip to a remote part of Cambodia to visit a charity school.

I promise my next post will be more salubrious.